Having Already given 140 pints, Albro Lundy continues to donate Blood

Dedicated to the cause of giving blood, for his 52nd birthday Albro Lundy asked his family to donate a pint of blood in lieu of presents. “I was so proud,” reports the native Angelino. “We all went to Torrance Memorial together and donated at the same time. We took up all the chairs.”

Since he moved to Palos Verdes in the mid-1990s, Torrance Memorial Medical Center has been Lundy’s preferred place to donate blood. He goes in every two to three months.

“Torrance Memorial is just a really great place to give blood,” says Lundy, now 54. “They’ve got a nice spot; big, huge, picture windows overlooking the airport. You can watch the planes come in and out while you’re giving the blood. It’s free parking. No hassles. It’s a great group of people there. They’re very skilled.”

Donating blood has been a part of his life since he was a teenager. “I’ve donated 140 pints in my lifetime,” brags Lundy, a trial lawyer with the Hermosa Beach-based law firm Baker, Burton & Lundy. “I’ve been giving blood since I was 16. I had a high school teacher who said it was a good thing to do. So I did, and it was a great feeling—not just physically but spiritually too. You’re saving someone’s life by giving blood.”

Giving blood not only saves a life; in Lundy’s case, it helped him meet his future wife. “I was organizing a blood drive on campus at UCLA. Cathi and I were both working as English writing tutors. I asked her, ‘So what would you think about working on my blood drive?’ How’s that for a pick-up line?”

The couple are parents to three sons and a daughter. The three oldest children have all adopted the habit, each giving blood regularly at their colleges. Lundy is hopeful his youngest son will also start donating once he turns 16.

Lundy has traveled abroad extensively, including to Laos where he (unsuccessfully) searched for his missing-in-action fighter pilot father who was shot down decades earlier. Blood donation centers do not allow people to give for a period of time after such trips as a precaution—in case they picked up a blood-borne disease such as malaria. After the Laos trip, Lundy couldn’t give for two years. But he was back to it just as soon as it was permitted.

“Its value is extraordinary,” says Lundy. “You know you’ve saved one person’s life, but sometimes it’s up to four people’s lives. The blood can be used for up to four different people. That’s incredible to be able to do that in terms of charity. I give my blood, and it can’t be abused. I give my money to somebody, and I don’t know where it goes. Even if someone steals the blood, the only value it has is to somebody who needs it to save their life.” 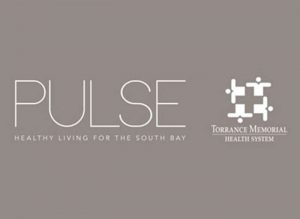